Truckers Welcome! One Town Bans Everyone BUT Trucks From Parking Lots 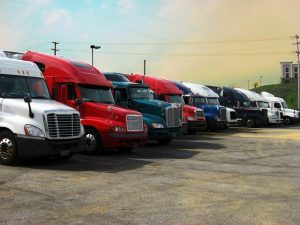 With towns and cities slapping truck bans on roads, parking areas, and entire zip codes, it’s incredibly refreshing to hear about a small town which is going out of its way to make truckers feel welcome. One small town has built two dedicated, free, and truck-only parking areas to try and encourage more truckers to stop in their town.

Weed, California, population 3,000, isn’t exactly a bustling metropolis. They’re a small town at the foot of Mt. Shasta in Northern California which sits close to the intersections of several major highways. Weed caters to drivers on I-5, and highways 30, 97, and 99 who are looking for a place to park for the night.

In an interview with Fleetowner, Weed City Manager Ron Stock spoke about the town’s initiative to appeal to truckers. The main reason for wanting truckers apparently is that when truckers come to town, they spend money! According to Stock, 84% of the town’s sales tax revenue comes from just eight businesses – all of which are frequented by truckers.

Weed is naturally suited to be a good stopping point for truckers. According to Stock, the other towns just aren’t as appealing. “They can stop in Redding. They can stop in Medford. They can stop at Klamath Falls,” he said. “But if you take a look at it in July and you have to sleep in your cab, Redding might be 108 degrees, Medford 102, Klamath Falls 100. And at the top of the mountain, in Weed, we’re 86 or 87 degrees. Where would you stop?”

To try and coax more truckers to park in Weed (and to spend their hard-earned cash there as well), the town leased two private parking lots and converted them into free public truck parking. Anyone who parks there with anything but a commercial big rig will get a ticket.

Since they’re a small town without a big budget however, the parking lots are just that – lots. They don’t have any amenities at all. Stock says that the nearby fast food restaurants have restrooms and the local Pilot has showers available.

You might expect some businesses to be less than thrilled about truckers using their facilities, but when Stock was asked if locals ever had complaints he said “never once.” The parking areas haven’t become messy, and even though one of the lots is right next to a Comfort Inn, no one has ever complained about noise.

Stock says that parking does have to be limited to a maximum of 72 hours because the town has started to run out of space. They’re looking to expand to a third truck-only lot to double the number of spaces available, but it likely won’t be ready for a few years.

While the lots in Weed don’t exactly compare to rest areas packed with amenities like the one which trucks were just banned from on Long Island, this little town is showing that when truckers aren’t treated like a plague, they can have a truly positive impact on a town.