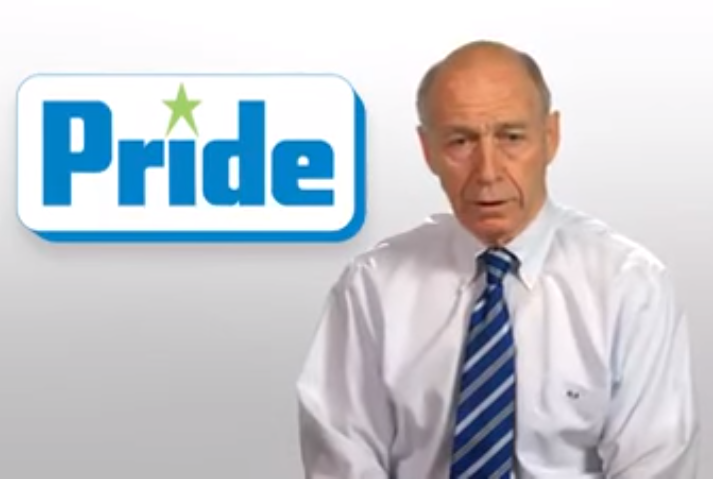 The founder of Pride Stores, the truck stop chain that has been in the news after two truckers found a video camera installed in the men’s bathroom, has come forward to take responsibility for the camera – but says that the media has it all wrong.

Two truckers contacted a lawyer after they found what appeared to be a video camera in the men’s restroom at a Pride truck stop in Massachusetts. According to Pride, the truckers’ lawyer, Zoe Falken, then reached out to local media and “created totally exaggerated and incorrect stories about the camera and Pride.”

After the social media storm that was kicked up almost immediately, the founder of Pride Stores, Bob Bulduc, released a video in which he explained what happened.

According to Richard Hoffner, the Director of Operations for Pride, the vandalism amounted to “hate crimes,” and he said in an interview with WWLP 22News that “it’s the worst I’ve seen.”

Falken, the lawyer who brought the story to the media’s attention in the first place, says that after reviewing the footage on the video camera, her clients will not be pressing charges because Pride did not break any laws. She did however say that “it was a case of bad judgement by Pride security.”

The following is a partial transcript of Bulduc’s statement:

“I want to take full responsibility for the situation and tell you the facts,” said Bulduc. “As you know, we work hard to keep our stores clean. In fact we pride ourselves in having the cleanest stores – including our restrooms – in the area.”

“Several weeks ago we found hateful language written on the stalls of our Chicopee truck stop. We would clean the graffiti, and the next day it would be there again. We felt we were fighting a losing battle, and customers were complaining about the messages of hate and bigotry that were scrawled on the stalls nightly.”

“Since the messages were criminal, I suggested that we temporarily relocate a security camera to an area of the men’s room that did not invade anyone’s privacy, and from which we could get a photograph of the violator, and we would then turn it over to the Chicopee police for prosecution…”

“The camera was in full view of everyone, it was not hidden, and was not an invasion of anyone’s privacy.”

“The problem arose when someone reported the camera to an attorney. That attorney went straight to the media and created totally exaggerated and incorrect stories about the camera and Pride. Worse, in this digital and internet age, the untrue stories were circulated within hours. No one verified the facts before spreading them.”

He went on to compliment the “legitimate media” for doing their best to correct the situation.