An $800 Fine For Drinking Coffee While Driving?! 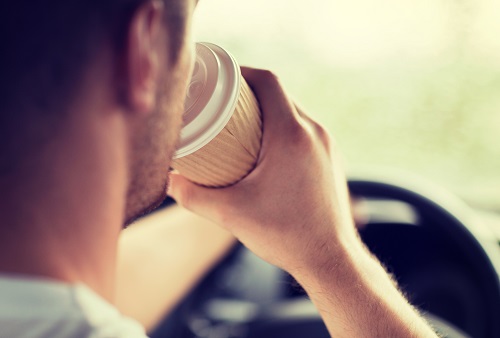 A new law being proposed in New Jersey aims to crack down on distracted driving by issuing fines of up to $800 to drivers who take a sip of coffee while driving.

It’s not just coffee that finds itself in New Jersey’s crosshairs, the legislation would prohibit “any activity unrelated to the actual operation of a motor vehicle in a manner that interferes with the safe operation of the vehicle on a public road or highway.” That includes grooming, eating, and yes, drinking coffee.

While the bill does not specifically target coffee, the sponsor of the bill John Wisniewski, says he’s been receiving angry emails from the public, upset that they would not be able to drink their coffee while driving.

Wisniewski is quick to note that the terminology for the new legislation is left deliberately vague so that the law would not have to be changed every time new technology comes on the market. Instead, banning “any activity… that interferes with the safe operation of the vehicle” serves as a catch all to allow law enforcement officers to crack down on distracted driving.

Critics of the bill however point out that the fees that would be charged are incredibly high. A first time offender would get hit with a fine between $200-$400. The second time you’re caught, it’s between $400-$600. When a motorist is cited for a third time, the fine increases to $600-$800 and they face a 90-day suspension of their license.

Wisniewski however claims that despite the fines, the law is intended to be used as an educational measure, similar to how the seatbelt laws encouraged the motoring public to start wearing seatbelts. When that legislation went in to effect, there was an immediate decrease in traffic fatalities, a feat which Wisniewski hopes to replicate.

“The resistance to the (seat belt) legislation was loud, and we did it gradually,” he said according to NJ.com. “In the same way, this is gradual. It gives police one additional tool.”