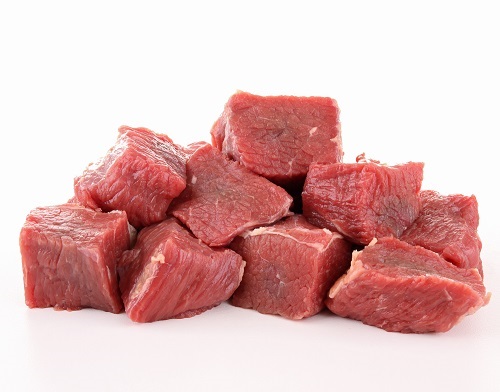 One unfortunate company has just had over $111,000 worth of beef stolen by a trucker who wasn’t who he claimed to be. This marks the second time in less than a year that the company saw a massive amount of meat roll away in the wrong truck.

Lakeside Refrigerated Services in New Jersey claims to have stepped up its security protocols after more than $100,000 worth of lamb and beef was stolen from its facility in February, but that didn’t stop a phony trucker from doing almost exactly the same thing again in August.

An unidentified trucker walked in to Lakeside and claimed he was there to pick up the load and bring it to a facility in Maryland. Without even having his ID checked, the driver was loaded up and sent on his way. When it never arrived at its destination, the company called the authorities and reported the cargo stolen.

According to Lt. Joseph Flatley of the Logan Township Police, this type of cargo theft is nothing new. As he explained to NJ.com, cargo thieves will often use the names of real companies in order to book shipments through freight brokers, then just drive off with the freight.

Often, drivers will use fake IDs and phony license plates so that when investigators go to find them or their trucks, they’re nowhere to be found. After picking up the goods, they just remove their phony plates and stop using the fake license.